There’s a new entry in our 10 best smartphones in the world:

With so many to choose from, we’ve spent hours whittling them down to a top ten, taking into account the power, specs, design and, most importantly, value for money, although we’ll always point you in the direction of the latest handsets to help you find the best smartphone.

A compact beast with a Splendid price.

The Sony Xperia Z5 Compact is another in the line of smaller handsets from the Japanese brand, packing in all the power into a smaller, more manageable phone.

It’s got all the same power credentials as the Xperia Z5 and Sony Xperia Z5 Premium, but has the added bonus of being a lot more pocketable.

The best phone for those that like a simple interface.

The Nexus 6P is a larger phone, but that means it comes with some upgraded specs too. There’s a vivid QHD display, which is much sharper than many other smartphone around, but Huawei (the brand making the Google Nexus phablet) has tried hard to make it more palm-friendly.

You’ll always get the latest version of Android first with Nexus phones (currently the highly-rated Android Marshmallow) and there’s the innovative placement of the fingerprint scanner on the back – which is both quick and accurate, while being much safer than a PIN.

It’s not super-cheap like the old Nexus phones (although it’s more competitive than other phablets in the same screen size bracket), but it’s very well made, and thanks to the improved camera and battery capabilities you’ll likely be very impressed with what Huawei has made here.

The best phablet you can buy.

Apple on the slide! Regular visitors to our best phones ranking will note that Apple’s duo of flagship phones have taken a tumble down the order of late. Why? Well while the Android army has been busy in 2016 launching their latest and greatest, the Cupertino firm has been patiently biding its time.

That’s not to say the iPhone 6S Plus has gone backwards – it’s still a great handset – it’s just that the competition has moved on since its launch in September 2015. Of course, we could see the Apple brand leap back up the chart later this year with the arrival of the iPhone 7 Plus, but that will all depend on whether it’s actually a decent upgrade.

If you’re OK with a larger iPhone, then you’re in for a treat with the iPhone 6S Plus. It packs all the same upgrades as the smaller 6S – namely the innovative 3D Touch screen and upgraded camera – and fixes some of the flaws we all hate.

The battery is larger, and while the screen is Full HD (with a really great ability to show colours) this is easily the longer-lasting of the two iPhones, meaning you won’t have to reach for the charger as often.

The camera is actually better than on the iPhone 6S, with optical image stabilisation providing sharper and brighter images thanks to mechanical help.

The best iPhone Apple’s ever made.

Apple tumble! Like the 6S Plus, the iPhone 6S Plus has also dropped in the rankings. Fear not, for it’s still a great handset, it’s just that the competition has moved on since its September 2015 launch. We may see Apple leap back up the chart later this year with the arrival of the iPhone 7, but that will depend on whether it’s a decent upgrade.

The iPhone 6S might look the same as 2014’s model, but peer below the hood and there are a number of interesting upgrades.

The camera is enhanced, the processor is once again more powerful to let you play ever-better apps and games with speed, and the 3D Touch display is proving innovative.

The new touch system lets you press harder into the screen to open quick shortcuts – so taking a selfie is merely a hard push and swipe of the camera icon away. 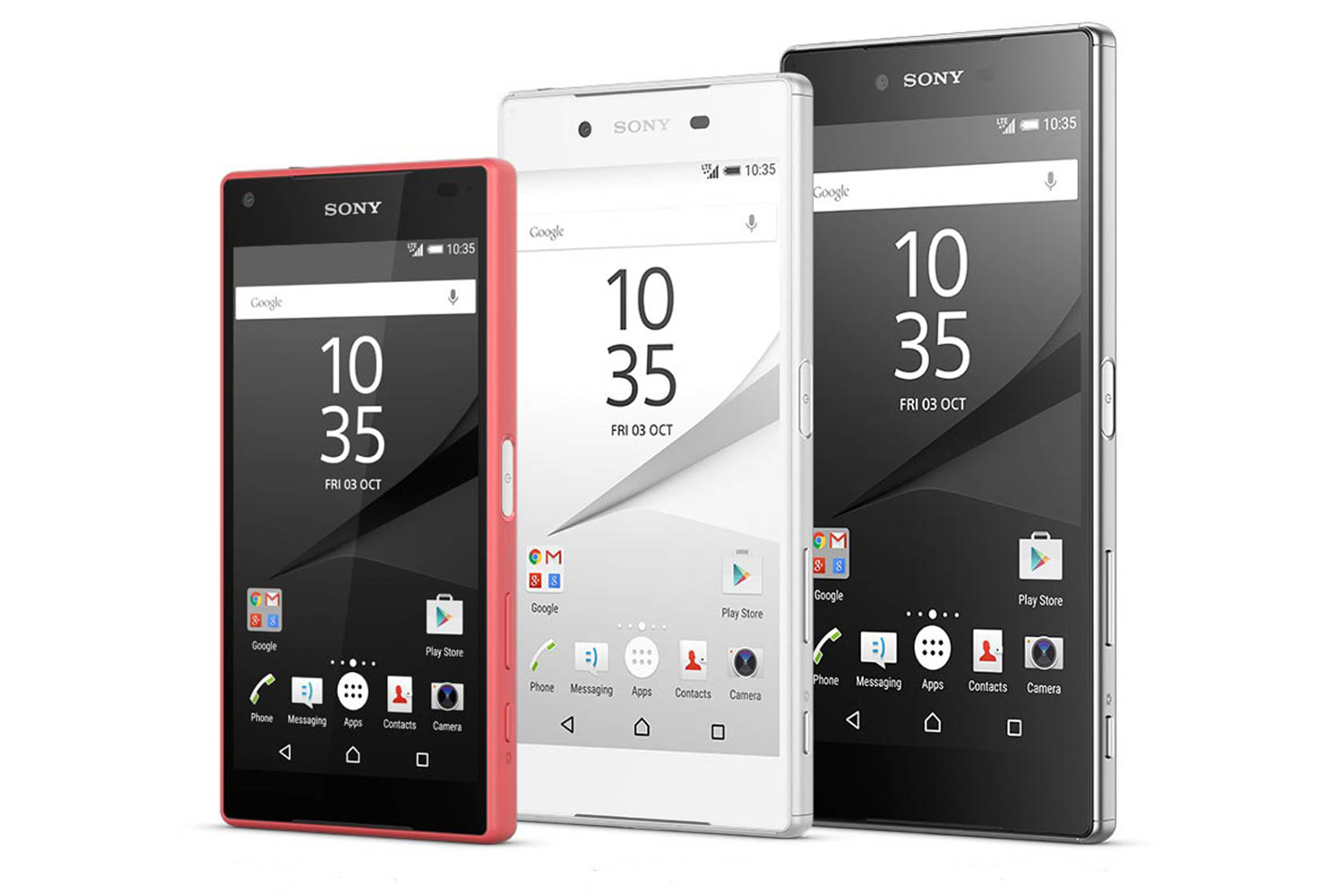 A top flagship with a strong camera and waterproof chassis.

The Sony Xperia Z5 is the Japanese brand’s ‘mainstream’ phone, and one that we’re happy to talk about – it’s got a number of nice features that make it worth checking out.

It’s a big upgrade on the earlier phones, and the speedy autofocus – much faster than anything else on test – has to be tried to be believed. You can whirl around and still get a sharp snap, and in bright light the Z5 is probably the best camera around.

It’s added in a pleasing fingerprint sensor on the side, and has the latest Snapdragon 810 processor with 3GB of RAM. The waterproofing is amazing when you see how many open ports there are, but Sony has managed it. You can drop this in the toilet without fear, basically.

The best innovation in a smartphone we’ve seen.

LG’s back, and with an innovative bang. This is a phone that’s designed to fall apart – well, come apart at least. You see, on top of the clever dual camera there’s a clip at the bottom that lets you pull the battery out.

That’s good in itself – too many phones lack a removable power pack – but you can attach new modules to improve the audio, battery life or camera grippability with more to come.

The Chinese firm has improved on a number of issues fans had with its predecessor, wrapping the OnePlus 3 in a new premium suit and managed to keep the price low enough to worry the established names in the market.

We love the new design, the AMOLED display is bright and vibrant and the fingerprint scanner is much improved and lightning fast.

The lack of a microSD card, and a battery which doesn’t last more than a day may put some off, but considering the price you’re paying the OnePlus is fantastic value for money.

If you’re desperate for a high-end phone, but don’t have the money to stetch that far the OnePlus 3 will make you very, very happy. 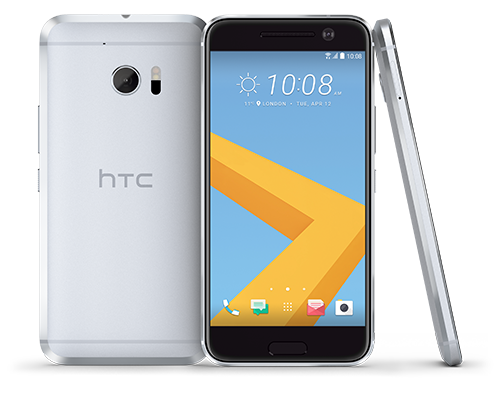 After the success of the HTC One M8, the world wondered if time was up for HTC after it didn’t really ignite the smartphone game with the One M9.

Well, that’s not the case as the brand went away, made a beautiful phone that’s ‘sculpted by light’, added in a genuinely impressive camera and improved the battery life.

One of two five star phones from Samsung

The Samsung Galaxy S7 is a phone that initially looks just like the S6 from last year – but pick it up and you’ll see there’s a world of difference.

Firstly, the rear of the phone feels much nicer thanks to a curved back (through a process called 3D Thermo Forming), it’s now water resistant and a microSD slot is a welcome feature to return, after it was dropped last year.

The camera is just brilliant – it’s lower in megapixels but improved in quality. You’ll get brilliant pictures time and again, and you’ll want to keep trying it in different scenarios. It’s a great phone that you’ll be happy to pull out of your pocket.

The best smartphone in the world – it’s a work of art.

Fast forward to today and the S7 Edge takes all the great looks of the S6 Edge, makes the phone even curvier and combines it with the superb power and feature set of the S7.

The camera is just brilliant, the mix of metal and glass is really nice to hold, and even the Touchwiz overlay is turning into something more usable than before. Battery life improvements are hugely welcomed, and while the price is higher, it’s now affixed to a phone that offers simply the best in nearly every department, so many will be happy with the outlay.

We’re all about reviewing and rating all the Smart phones here. There’s nothing we like more than brewing a pot of tea and deciding where each new phone should sit in the list.

The most powerful women in the world

Top 10 Most Expensive Cars in the World

Box office: Is it Madea’s Halloween contrivance? To scaring off all…

Bollywood has been considered as second biggest film industry in…

What’s the world’s greatest restaurant? Best chefs and those who…